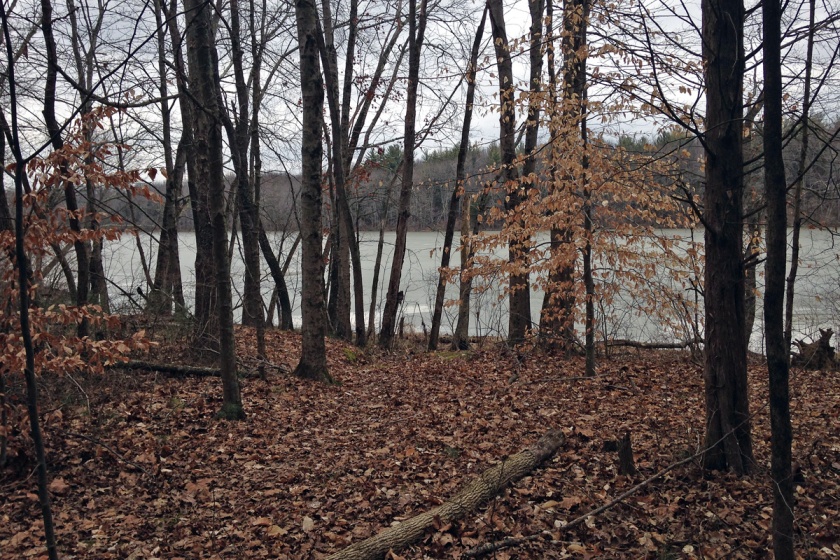 Today I planned to tackle a brand new, three-ish mile hike. But we should all know by now that when I plan to do something, nothing at all goes the way it’s supposed to.

Everything started changing when I kept having these gut feelings that I should avoid that hike. I never have these kinds of feelings, despite family members constantly asking me if I’m afraid to hike alone. The answer is no, actually I love it. Not that I don’t also love hiking with my friends, but it’s nice to get out into the woods on my own to clear my head.

The hike I was planning to do is a bit further out, in the foothills of the Appalachian Mountains. There’s no cell service, so if I fell, or broke something, I’d be on my own. Despite the total likelihood that I’d be fine doing this hike with only my dog like every other hike, I paid attention to the nagging voice in the back of my head and decided to hold it until my friends are available to join me.

The Lakeview Trail was only visible by the divot it left in the earth. Under those leaves was squishy, sucking mud.

Instead, I decided to hit a park I haven’t visited since I was a kid: Stonelick State Park. This park was built around another one of those man-made Clermont County lakes I would advise against sticking a toe into. There is a beach and a boat ramp, but I couldn’t tell you if anyone still swims here. The state of the park would suggest few people use any of its amenities, but I think that’s deceptive.

The park was created to become a haven for outdoor sportsmen, and it appears that is really all it’s used for. The hiking trails appeared to be little-trafficked, the only one that seemed to be getting much regular use was the Lakeview Trail, which followed about a mile on one side of the lake.

The “60 Hikes” trail begins here. Note the pool of water in the foreground. The author warns of these along the trail, but not that it is a public hunting area.

I started out trying to follow the “60 Hikes” path through the park; normally I just take her notes and pick my own path. But I drove past the trailhead twice before I found it, and then nearly ripped the undercarriage off my car turning into the parking lot. I think the last time anyone parked there and took that trail was in 2009 when her book was published.

There was a sign at the Beechtree Trailhead announcing a public hunting area. Despite another sign forbidding hunting on Sundays, and that most hunting seasons are over in Ohio, I just don’t trust people enough to actually follow regulations. Not that I think most hunters turn their nose at the law; quite the contrary. Most of the people I know are careful to follow the law and practice safety because they don’t want to lose their license or hurt themselves or someone else. But there’s one in every bunch, and with my luck that one would be wandering around Stonelick the day I decided to hike it. It didn’t help that while I was pondering the pros and cons of hiking a hunting area that someone started target practice nearby.

The Lakeview Trail would be easy if not for all the downed trees across the path.

I finally decided to hike around the lake a bit, and parked in another decrepit lot that was more dead weeds than pavement, just past a marked Sycamore grove. There was a spur trail that brought us down to the Lakeview Trail. The quiet serenity advertised on the park’s website was ruined by a rowdy bunch of fishermen on the complete other side of the lake. I could make out every ridiculous comment they made. When listening to them got to be too much, I turned around and headed back down the trail the other way, trying to get farther away from their ruckus. I never really did.

The trail was a slippery slide of mud covered in a thick layer of leaves. If it weren’t for the leaves on the ground, instead of the trees, the Lakeview Trail wouldn’t give any views of the lake. Couple my slip-sliding with a stubborn hound who was doing some hardcore tracking, and I was basically skiing down this trail. It wasn’t fun. But it would have been much easier if there weren’t trees down every twenty feet or so on the trail. 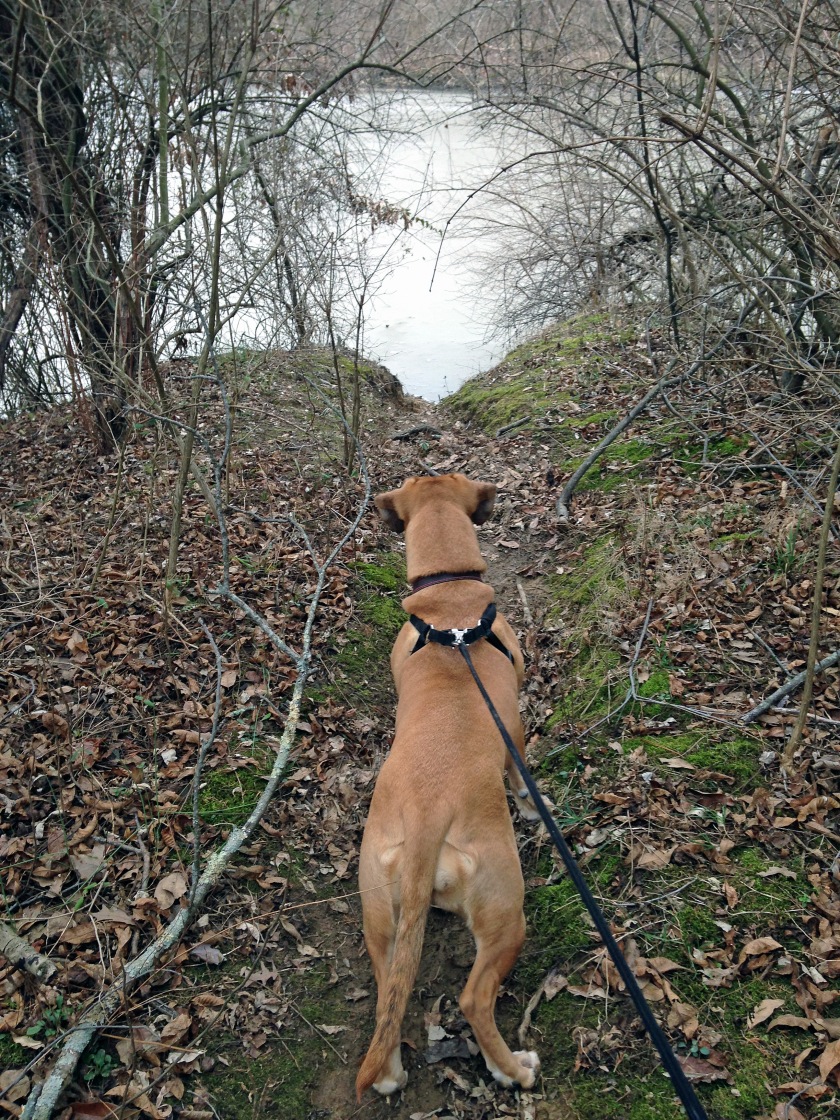 That darn dog would have dragged me into the lake if I would have let her.

When a dog is trying to drag you after something and you have to keep hopping over logs, her tugging while you’re in the air is enough to make you eat mud, every time. Thank goodness for trekking poles.

Totally frustrated with my more-stubborn-than-usual dog, and the hilljack fishermen across the lake, I hauled my dog back to the car and left the park more annoyed than when I got there, completely defeating the purpose of my weekly hikes. Thus, the hike that wasn’t. I logged less than a mile before I removed my frazzled self from Stonelick woods.

The moral of this story: I explored this park and determined that it’s not somewhere I want to hike. However, if you want to hunt or fish or hang out with a bunch of noisy fishermen, it’s your kind of place.