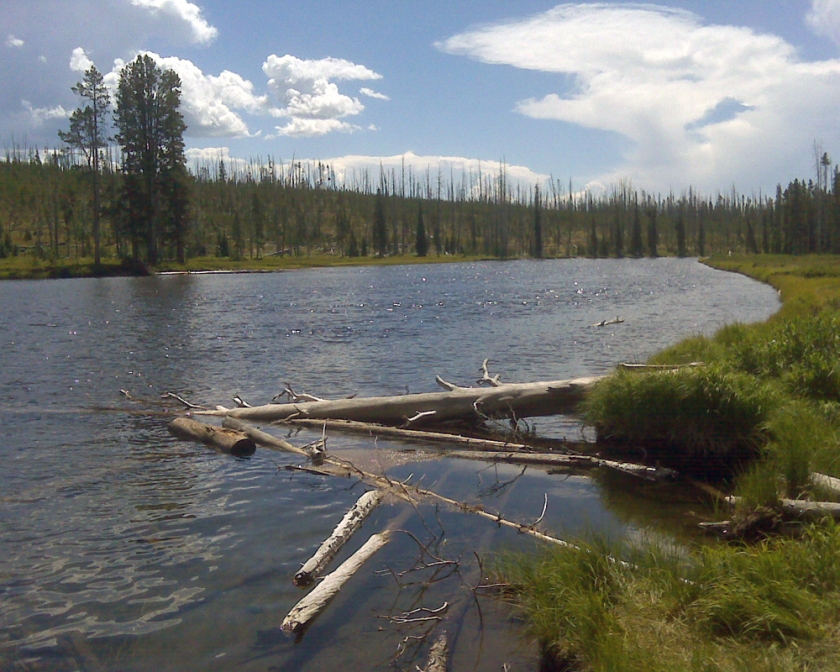 Note from Cassie: I’m posting this a few days late. The last couple days of the trip we had sketchy internet connections and I was tired of fighting my Blackberry to get things posted. Sorry for the delay!

I’m not sure if we should bless or curse the name of Sheila though. I think she’s pretty half and half right now between getting us lost and getting us where we need to go. We mapped our route in the cabin Sunday night to get to Yellowstone using Google Maps on our phones. We expected a two hour drive to get to Yellowstone but when we keyed our desination in Sheila, she told us it was going to take three hours to get there.

I was cursing the name of Sheila. We ended up on several state roads, one of which we were stuck in a 25-mile-per-hour construction zone behind a huge truck. But soon enough we realized that she was taking us through the Tetons and I was blessing the name of Sheila. I had wanted to go through the park, but we really didn’t have the time to drive through it. So we got to see the Tetons as well.

Probably ten years or more ago, some friends of the family came back from a tour of the West — including Yellowstone — disappointed. They said it wasn’t worth the trip.

I have no idea what they were talking about. Yellowstone was one of the most beautiful places I’ve ever seen.

As per our usual on this trip, we only had time to hit the high points of the park. In this case, we got to see Old Faithful, pieces of lakes and rivers, the mud volcano and the sulfur springs. Bring a mask to the sulfur springs. The smell is nauseating. My only complaint is that we didn’t have enough time.
http://www.youtube.com/v/EUtblSpO1oU&color1=0xb1b1b1&color2=0xd0d0d0&hl=en_US&feature=player_embedded&fs=1