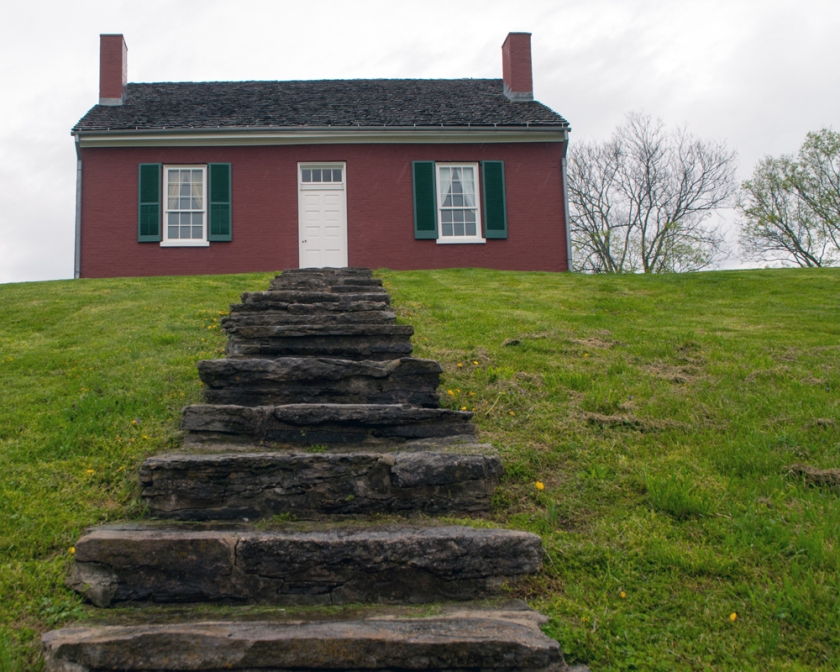 Featured image: The John Rankin House sits atop Freedom’s Hill in Ripley, Ohio. Hundreds of escaping slaves passed through this house on their way north.

Nestled between a high ridge and a deep, narrow neck of the Ohio River you’ll find Ripley, Ohio, population 1,738. If you float east of Cincinnati for about 50 miles you’ll glide right past it. But be careful – blink and you may miss it.

Ripley was home to a huge shipping center, and bustled year round. The area’s pork and tobacco farmers used the many tributaries leading to the river to move their wares further down the Ohio River to the Mississippi and beyond. But underneath this busy farm city was a quiet movement that helped transport hundreds of people through the area. While slave traders were shuttling African Americans west down the river to sell them, others were helping a movement that led to freedom.

Ripley was well known as a hotbed of activity for the Underground Railroad, so much that armed fights were not uncommon. Some Southern slave owners had even placed bounties on the heads of well-known abolitionists, such as the Reverend John Rankin and freed slave John P. Parker. 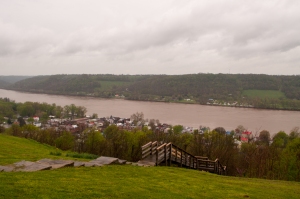 Reverend Rankin’s home on Freedom Hill has a great vantage point to see signals from the town for when it is safe to cross the river and watch for approaching bounty hunters.

Rankin’s home at the top of the ridge was made to order for his work. With the home’s elevation, it was easy for lookouts to see several miles to make sure there was no one pursuing. The area’s terrain and waterways also worked to escaping slaves’ benefit when they needed help losing the hounds tailing them.

If you stand behind the Rankin House, you can see for miles in either direction down the river, even on a misty, spring day. When you walk down the 100 steps and look back up to the house, maybe you can imagine the relief that escaping slaves might have felt when they finally reached that hearth. Today, this ridge is known as Liberty Hill. From Rankin’s home, railroad passengers were transported to Felicity, Ohio on their way to Canada.

It’s worth mentioning here that one of the Reverend’s visitor’s was Harriet Beecher Stowe. Even though Rankin didn’t speak publicly about his work on the Railroad, for obvious reasons, he made an exception for this guest and told her the story of a woman who was chased across the river on foot while it was thawing. She was forced to hop from chunk of ice to chunk of ice with her baby in her arms to escape bounty hunters. This story made it into “Uncle Tom’s Cabin.”

Rankin’s home has been restored to its appearance when he lived there, and can be toured for a nominal fee. 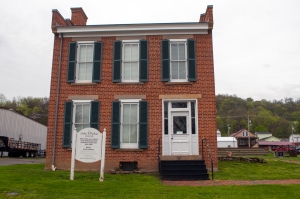 John P. Parker was a slave who bought his freedom and eventually settled in Ripley. He was one of the first black men to have patents issued before 1900 and helped hundreds of people reach freedom.

Another well-known Ripley resident was John P. Parker, a man who was able to buy his freedom by working extra hours for his last owner. I can’t help but pause here to think about what it would have been like to have to work to earn the right to be my own person. Did he ever wonder, while he was working all those hours, if his owner was lying to him and wouldn’t grant his freedom after all? The concept is unfathomable to me.

But Parker did get his freedom and eventually settled in Ripley, where his experiences as a slave fueled him to help others reach freedom. He was also one of the first black men to have inventions patented before 1900. Today, his former home is a museum that can be visited during summer.

Ripley has a beautiful, historical waterfront with other places that played a role in the Underground Railroad. A few of them are listed below and more information can be found on Ripley’s website.